Although I apparently have too little ego, I have ample stubbornness. I’m obsessed with learning and following grammar rules. (Yes, I admit it.) But I read a lot of how-to-write advice … and then I usually do it my way.

I’ve mentioned before that I don’t write true first drafts. I know all the advice books say you should. Even Anne Lamott, one of my favorite founts of inspiration, advises you give yourself permission to write a “shitty first draft.” But I can’t do it. I’ve tried. I’ve kept on typing even though I recognized immediately the opening line of that paragraph was weak or nonsense or just plain stupid. I pushed on, telling myself, I’d fix it later … but later always turns out to be within minutes—or less. I can’t concentrate on moving forward when I know that horrible, black, taunting error lurks behind me.

So, I edit and revise as I go. And still, my critique partners always point out errors and weaknesses to me. That results in another round of edits and revision for that chapter. I do all this in Word. I do read my work aloud and, by doing this, catch awkward bits and some typos. But I don’t print it out. This is because I’m environmentally conscious. 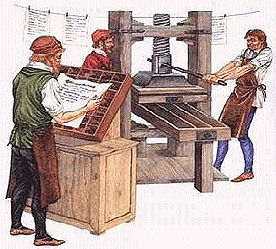 And I’d never read this novel straight through because I find it tedious to read for long on a monitor. So after I finished my multiple-times edited and revised “first” draft, I broke down and printed it. I began my first run through thinking I’d mostly look for awkward sentences to clarify, strengthen, and beautify. Also, because my word count was a little short, I wanted to find places where I could expand scenes or even add new ones.

What surprised me was that you really can see things in print that you don’t see on the screen. Come to think of it, since most of my critique partners printed out my chapters, I imagine that’s how they caught my unexplained tendency to leave off the end quotes. In addition to finding a few of those they missed, I also found the sort of typos Word doesn’t catch (though for through, for example) and several missing words, mostly pronouns and conjunctions. Although, it seems I’m quite enthralled with the conjunction “but.”

Anyway, my advice is that you read a hard copy of your work at least once before you think you’ve finished it.