On this blog, I’ve been chronicling my progress in writing my novel The Brevity of Roses. I announced that it was finished … more than once! Last week, I told you that Kayla had been beta-reading for me and the feedback was mostly positive. Well, this week she finished the last three chapters. Unfortunately, this time, her feedback was not good. 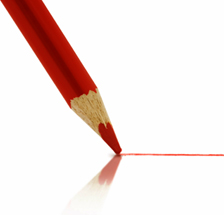 Just kidding. She “loved” it. That’s not to say she found no problems with it, but they’re easy fixes. What’s more, in reading through to mark what needs to be fixed, I’ve found other sentences that could be clarified or strengthened. So the editing continues.

I’m generally a patient person … except with myself. I worked on this book every minute I could spare—and a great number of minutes when I should have been doing other things—until finally, after more than a year, I pressured myself to be DONE. After the first time I thought the book was finished (at 69,000 words) I gave it to some beta-readers, took their feedback and set to editing.

Then, I sent that “finished” version to another beta, thinking she’d say it was ready for its final polish. “Ummm … no,” she said and sweetly pointed out that she would like to know a bit more about what Meredith was thinking here and there. And didn’t I think I might have rushed this scene? And Renee’s such a great character; why not give her more space?

All right … I had to admit that I had wanted to be done so badly I sold my novel short. Back to work … for six more months! My word count has grown (to 83,000 words) and my story is more layered, stronger, and yet, now I see, I have a bit more work to do. But the end is near, a few hours work, and then this novel will be …

21 thoughts on “Who knew brevity could take so long?”