Despite my focus on introspection this past week, I did accomplish writerly tasks. I not only reached my Creativity Workshop goal, I also continued polishing my novel, as well as read and wrote feedback on submissions from some of my critique partners. And in related matters, I finished reading two novels I had started weeks ago. All in all, I had a productive week.

One more step up! Here’s the breakdown of how I met my CWS goal for week 3: 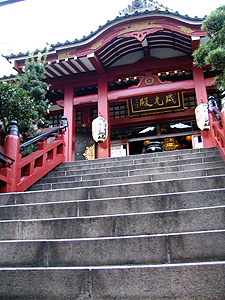 Monday: I took another look at the words I jotted down on Saturday for my haiku. Most of the words were okay, but they didn’t produce the right number of syllables. In the second line, I changed sees to mourns and passed to lived. Then I revised the final line and by the end of my CWS session I had the 5-7-5 pattern and a draft of my Winter haiku done.

Tuesday: Woke up in a black mood that just would not relent. All of my work looked horrid to me, even my beloved novel, so I shut down the writing room for the day.

Wednesday: Did no work on the poem today.

Thursday: I read an article by Jane Reichhold on haiku technique. I have much to learn before I can say I have a reasonable understanding of the form. Even the 5-7-5 pattern has been challenged. I played with my words moving them around, making substitutions. My third attempt felt right, so I declared this haiku written.

Friday: I thought ahead to the next poem, which will focus on Spring. I don’t know which poetry form I’ll use, but I’ve narrowed down ones I want to explore to the cinquain, triolet, and rondeau. It’s possible I’ll end up not using any of those, but I will definitely use a form I’ve never written in before.

It’s hard for me to believe that two years ago, I rarely read a poem because doing so made me very uncomfortable. It almost felt I was reading something in a foreign language, and I was sure I never understood what the poet was trying to convey. Many times, I still don’t, but I’m not afraid of poetry any longer. Pamela Villars may be right; I just might become addicted to writing poetry … but for me, it will never supplant writing fiction.