Today, I’m giving you valuable writing advice. It’s not original. I’d read it more than once online and off. I also ignored it. The tip was this: When you think you’ve cleaned up your manuscript as best you can—think again. Put it away, preferably for months, then read it through one more time. 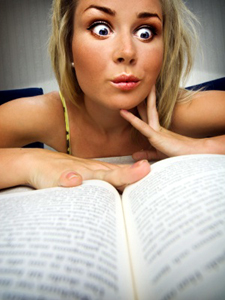 As I told you, I’m in the midst of that “final” read. So far, I’ve found bits here and there to improve, a little embarrassing, but nothing major. Nothing that would have made an agent roll their eyes and fire off a form reject. Except maybe …

In an earlier draft, I had a scene where Jalal had angered and hurt Renee, so she avoided him for several days. Then they run into each other in the grocery market and he tries, unsuccessfully, to apologize. She rushes out in tears, leaving her purse and cart behind. He grabs her purse, rushes after her, and they talk in the parking lot. She drives off.

In a later draft, this scene occurs later in the story and under slightly different circumstances. Renee is still hurt and angered and avoids Jalal, but the stakes are higher for him now. Fearing he’s lost Renee forever, he desperately searches the town for her. Finally he spots her car in the market parking lot, rushes inside, finds her, tries to make things right. She’s not having it and exits, leaving her purse and cart behind. He grabs her purse, rushes after her, and they talk in the parking lot. She drives off.

Still following? Here’s where my earlier editing of the final version failed. After Renee drives away, Jalal goes back into the store, adds his things to her cart, and pays for it all.

Did you catch that? This frantic man, who ten minutes earlier had run into the market, desperate to find this woman, had apparently browsed through the aisles and picked up a few items before he bothered looking for her!

I realize this ridiculous error is an artifact from the previous version, when they were both shopping and accidentally met. But it should have been edited out during the last revision. It’s evidence of sloppy editing. I can’t say for sure how I managed to miss this mistake during two visual and one oral readings. I suspect I happened to read this section all three times long past when I should have quit work for the day.

So, I guess that’s another tip I can share with you. When you edit your manuscript, end the session before your eyes glaze over.

20 thoughts on “Go ahead, laugh if you want to”