The focus of this blog has always been my writing life. Sometimes my posts have an iffy connection to that subject, but I try. Since, I have nothing deep or spectacular to share with you today, I’ll just tell you where I am in my writing life. (Leave now, if you have better things to do.)

I wrote my first novel for myself. It was good practice, maybe someday I’ll see if I can revise it, so it won’t be embarrassed to show itself in public. I started writing my second novel in June 2008 and finished it in November 2009. And April 2010. And October 2010. Each time, the novel grew: from 68k to 89k. 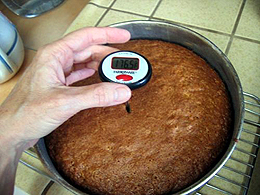 That would be a lie. I do know the reason, actually two reasons.

My impatience stemmed from having written my first novel in a year, so my second novel should have been done in a year, right? Actually, I’d been working on the second one for a year and a half, therefore it certainly had to be done. Of course, the first novel was for my eyes only. No one critiqued it. It was done because I said it was. But not this novel, it needed maturing. And we all know, that takes time.

Some of my beta readers challenged me to explain, expand, extend. That was easy to do because I knew all the parts of the story they wanted to know, I just hadn’t written them out. (Yeah, I know, readers aren’t telepathic.) I know I’m not the only one who’s thought a book was done when it wasn’t. It’s a bit embarrassing, and a lot frustrating, but it happens.

However, I’m not sure other indecisive writers went a step further and queried at every stage. I did. Yes, I did. And I queried most of my A-list agents, who of course said, “No thanks.” So now I have what I think is a solid novel, one that could actually sell a few copies, and I have to make a new list of agents and start querying again. Oh, happy happy joy joy. But wait, there’s more.

First, I have to revise my query letter, which means I’ll have pulled out most of my hair by the end of the month. I’ll look okay for Halloween, though.