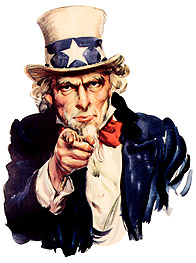 As I was scrubbing the stovetop Monday, I was thinking about writing—what else? There’s a question I’ve seen asked, both online and in writing manuals, that always surprises me. The wording may vary, but essentially this is the question: Why are you the best one to write this novel/story?

I understand asking that question of a non-fiction writer. If you’ve never visited Spain, I doubt you’re the best person to write a travel guide for that country. But this question is also asked of fiction writers, and that makes less sense to me.

Likewise, the writers of crime and horror fiction don’t have to be murderers or monsters themselves. And it’s probably a sure bet the writer of a middle-grade fantasy is not eleven years old with personal knowledge of dragons, or fairies, or magical spells.

What these writers do have is life experience, imagination, and, let’s assume, the ability to craft a story. But added to those, isn’t the most important qualification for writing any particular story having the idea for it? By “idea” I mean more than a fleeting thought. I mean the basic premise expanded in the writer’s brain to a fully-formed story idea.

Am I missing the point of the question? Isn’t the fact that the idea came to YOU the primary reason you are the best one to write the story or novel?