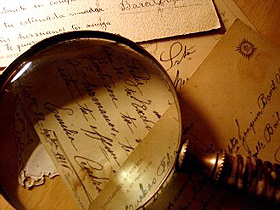 In case you’re new here, I’ll explain that I’m doing a final polish of a novel. I’m down to rewording a sentence or two and some other nitpicky stuff.  One thing my editor marked in several places was an omission of a word. The pure typos I corrected immediately, but a few other sentences she flagged looked fine to me.

These debated instances are in narrative, but they reflect how I would speak those sentences. I’ve concluded that either my speech is eccentric, or the way I speak is a regional thing. And if it’s regional—how big a region does it encompass? As much as possible, I want to avoid causing a reader to stop, reread, and mentally rewrite. Obviously, the “missing” word stopped her. If it would stop the majority of you, dear readers, I want to change it.

Once again, I need your help.

In each sentence below, a word may be missing. I could make it easier by telling you the word she felt I omitted in these sentences, but what fun would that be? So, tell me, do these sentences read correctly to you, or did you feel the need to supply a missing word?

If you comment, please let me know where you grew up. That way maybe I can determine whether I’m just odd or a creature of culture. Well, I guess we already know I’m odd, but you know …

33 thoughts on “Word usage. Is it a regional thing?”