Novel writers often divide themselves into two camps: Plotters and Pantsers. As I wrote a reply to a comment on my last blog post, I realized something about myself. I don’t think I’m a true pantser. I’ve always identified myself as one because I don’t write a detailed outline, or make a colored-coded story chart, or any of those other traditional methods of writing the story before you write the story. 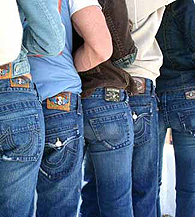 But if a true pantser is a writer who sits down at the keyboard with only a vague story idea, some character names, a location or two, and hopes some entity known as The Muse will take over, then I’m not a pantser.

It’s true that as I’m writing, I’m often surprised by what a character says or does, at how a plot point veers in a direction I hadn’t expected. I start with a single file. In that, I might sketch out character “bios”, but mainly so I can keep names and ages straight. I also record bits of dialogue that come to me,  and the proposed opening and ending sentences, or maybe even paragraphs. And eventually I write a detailed scene list, but not until after I’ve written the scenes. 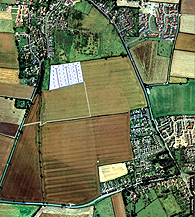 I guess that sounds like a pantser, but the truth is I’ve lived with the story for months—at least—before I begin to write it. I’ve mentally processed the basic plot, key scenes, and details of each character. And I’ve revised all of those, sometimes more than once. Essentially, before I ever start writing the book, I’ve seen the movie played out in my mind.

I don’t know why I never related this to the more tangible actions of a plotter. Maybe it’s because I’ve tried the formal outline, the index cards, the organizing software and it always seemed more trouble than it was worth. I felt it killed the thrill of writing, but maybe it was just that it seemed redundant.

So yes, I plan, but I’m “open to suggestion” also. Does that mean I’m a plotser? Or maybe I’m just a normal writer.

Your turn: Are you a plotter or a pantser? Have you ever tried to change your stripes?

30 thoughts on “When is a writer not a pantser?”