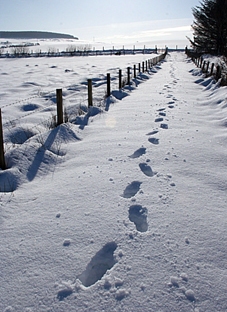 If you’re a writer, I’m sure you’ve heard the terms plotter and pantser. For the non-writers: those terms refer to opposites in how much a writer prepares before he begins a work. Pantser comes from an aviation saying, “Fly by the seat of his pants.” meaning to fly on instinct alone, without instruments. (Finally looked that up.)

I’ve confessed to being a pantser, but the truth is, often my method is more like ultimate pantsing. I take the bare bones of a story idea and explore it—not before I write, but as I write. At first, I didn’t realize there was any other way to write. Then I decided to become a SERIOUS writer and bought book after book promising to teach me how to work like a real writer. Uh-oh.

I learned many useful things from these books, but some of the advice stymied my Muse. I hadn’t pre-written outlines, synopses, plot points charts, etc. for my many stories and one novel. And because I hadn’t followed those rules, I feared none of my work could possibly be any good. My hope for publication faded.

Then, a little over three years ago, I put my fingers to keyboard to elaborate on a dream I’d had and write it as a story. But the characters kept talking to me and the story grew. My dream turned into a novel. Some new writer friends thought it was a good novel. But I doubted their judgment because, again, I’d written mostly on instinct. In fact, most of the time, it felt as though I was only taking dictation. So how could it be good?

I’ve mentioned in a few recent posts that I was reading Ray Bradbury’s collection of essays on writing, Zen in the Art of Writing. I finally reached the last chapter and read something that, for me, surpassed all the bon mots I’d selected before. Mr. Bradbury didn’t know it, but he wrote the following part just for me:

The time will come when your characters will write your stories for you, when your emotions, free of literary cant and commercial bias, will blast the page and tell the truth.

Remember: Plot is no more than footprints left in the snow after your characters have run by on their way to incredible destinations. Plot is observed after the fact rather than before. It cannot precede action. It is the chart that remains when an action is through. That is all Plot ever should be. It is human desire let run, running, and reaching a goal. It cannot be mechanical. It can only be dynamic.

So, stand aside, forget targets, let the characters, your fingers, body, blood, and heart do.

Sha-zam! A celebrated writer had validated my method. It may not be every writer’s way, but it’s right for me. I no longer have to doubt the value of a story just because it seemed to write itself. Of course, not everything I write will work, but if it fails, it won’t be because I flew without instruments. It will be because I didn’t “stand aside” enough to let my “fingers, body, blood, and heart do”.

What say ye? Does Bradbury’s advice make your heart sing or shudder?

39 thoughts on “Ray Bradbury wrote this just for me!”