I’m writing a story unlike any I’ve written before. It’s sort of YA dystopian. I didn’t ask for this story, I dreamed it. Actually, it was too intense to call a dream, so let’s call it a nightmare—the kind you force yourself to wake from because you’re too afraid to see the end. 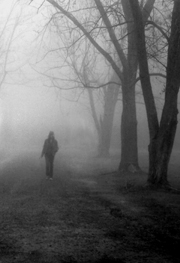 Is it that intense on paper? No. At least, not yet. This has been my first attempt at writing without any preliminary writing—no crucial scenes pre-written, no dialogue already recorded. I don’t like writing first drafts. I know in my head where the story is going, but since I haven’t written the climactic scene, it’s driving me nuts not knowing if it’s going to turn out well. Yet, I keep plugging away.

This story has already gone through major changes. I’ve altered the original ending, which I sensed, but didn’t actually see, in my dream. I made that decision because I realized early that this was not a story about a girl; this was a girl’s story. I needed to tell it all from her point of view.

I’m eons way from my teen years. It’s not easy for me to get deep into the mindset of a 15 year-old girl. I have teen-aged granddaughters, so I’m not totally out of that world, but still …

So, yeah. That’s what I’m working on. I’m trying to ignore that inner critic asking me what makes me think I can write this story … or pointing out how much time I’ll have wasted when it fails. Someday I’m going to make her the victim in a violent tale.

Your turn: What sort of challenges do you set for yourself?

18 thoughts on “It’s YA and bleak! Why the heck am I writing this story?”