We tackled this question with the em dash in the last post, so this time let’s turn our attention to the terminal ellipsis. Like many writers, I use an ellipsis at the end of a line of dialogue to indicate the character’s voice trails off. Since this leaves the sentence unfinished, it seemed logical to me not to use any end punctuation. Like this: “I love you, but …” 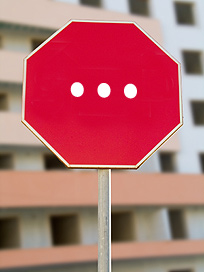 As I read, I noted the terminal ellipsis used with and without punctuation. I’ve only recently begun to use punctuation with such an ellipsis, but I’m waffling. It just seems odd to punctuate an unfinished sentence.

The book that sparked my previous post also sparked this one. I thought I’d finally learned the rules about using punctuation after an ellipsis, but I saw something in that book, I’d never run across in reading. The author used a dialogue tag after the ellipsis, so she used a comma. Like this example:  “I love you, but …,” she said.

That looked odd to me, so I immediately started searching some of my work to see if I had omitted the comma in such instances. I discovered that apparently, I’ve never used a dialogue tag after a terminal ellipsis. Of course, I pulled books off my shelves and continued my search.

One of the writers I checked used a dialogue tag without a comma. Another didn’t use dialogue tags but did sometimes continue the sentence with an action after the trailing off speech, and in those instances, she did use a comma after the ellipsis.

What about the use of other punctuation with a terminal ellipsis? Some writers use the ellipsis to indicate trailing off speech with no punctuation. Some do use punctuation. One of the writers I checked, Anne Tyler, uses punctuation only sometimes—and I’m annoyed that I can’t figure out her rule for that!

In my recent search, I found two authors who used punctuation with a terminal ellipsis when they used no dialogue tag. Anne Tyler, who used it only sometimes, placed the period before, but the question mark or exclamation point after the ellipsis. Joyce Carol Oates, who punctuated always, placed all marks before the ellipsis.

I know we should all be conservative in our use of the ellipsis, but when we do use it at the end of a line of dialogue, it seems the rule is up for grabs. We have:

Okay, folks, surely you have an opinion on this one, so please share. Do you use an ellipsis to indicate trailing off in dialogue? Do you use punctuation with that? If so, where do you place that punctuation?

UPDATE: In the comment to this post, someone posted a link to Grammar Girl’s advice on punctuation with an ellipsis. She quoted The Chicago Manual of Style, but the ellipsis use she cited was mostly to indicate words left out of quoted material. When I googled for the CMOS take on the trailing off ellipsis in dialogue, I found this in their online Q&A: If you use the ellipsis merely to indicate a voice or thought trailing off, you would not use the period with it: “I’m not sure . . .” [http://www.chicagomanualofstyle.org/qanda/data/faq/topics/Punctuation/faq0066.html]

60 thoughts on “How do you punctuate after a terminal ellipsis?”