Several times in the last six months, I changed my mind about what I should write. Then I chose the novel my heart advised, but I haven’t wanted to mention any specifics about it until I made more progress. I’m still writing the first draft, but I’ve reached the point of no return, and talking about it now will spur me on to the finish. So today I’ll tease you with these bits.

The excerpts below are glimpses into some of the story elements—I can’t reveal a major conflict just yet. Since the story is told from my protagonist’s point of view, it’s appropriate to begin with an introduction to her. She looks and speaks like this:

Just as we sit down to dinner, my future flashes before me. Within a few years, I’ll be another rich, suburban mom, shopping in my designer jeans, high-end pumps, and diamonds, driving my Escalade and carpooling to soccer and ballet, scheduling hair, spa, and Botox appointments between luncheons and teas, followed by endless cocktail and dinner parties. In other words, my future sucks.

My hands return to my belly. I love this baby. I want this baby. But it isn’t real to me yet. Like the nursery, the baby is wrapped in a dream. A promise not yet fulfilled.

He steps up close behind and wraps his arms around me, clasping his hands over mine. We linger in the embrace for a moment. Does he understand how safe I feel when he holds me? 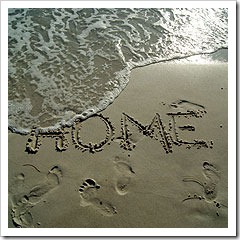 A realtor’s sign is staked in front of the house. I didn’t know the owners, but I’m sad to think of them leaving it. How sad I would be to leave that house. I didn’t want to move away from here. There. I’ve admitted it. That’s why I haven’t settled in. Okay. Now I will. Done and done. His house is my new home.

I kneel on the edge of the bed, so I can kiss him. “I love you.” I start to pull away, but he slips a hand around the back of my head and pulls it back to his. His kisses are tender and fierce, hungry and satisfied, sweet and vulgar, always a contradiction, like himself. After a moment, I push him away. “I need a shower.” 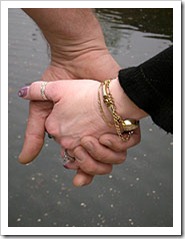 “I want one, then. Tell that mighty lance to calm down.”

He lifts the sheet and looks down. “Haste ye not, thou mighty lance.”

“Smartass.” I smack him with my pillow and run for cover in the bathroom.

I hate this woman. I despise her. And I’m angry at myself for letting her sit here and humiliate me. She’d love it if I gave her the satisfaction of answering with the No she expects.

I stand abruptly. “Excuse me, I heard a shout from the nursery.” Please let me look steady on my feet and not cry as I leave the room. I make it to the top of the stairs before the tears win out.

Are you buying me off? Is this hush money? Throw a little money at me, so I’ll stop questioning my great and powerful husband?” 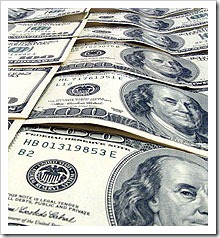 “Stop being so dramatic.”

“Stop being such an asshole. Ten thousand dollars is a ridiculous amount to have in a checking account.”

“Then transfer it to savings. Or buy a CD. Or bury it in the damned yard.”

“I don’t want it.” I throw the statement to the floor, as if I can rid myself of the money by discarding the evidence of it.

He sighs. “What do you want? Really. What is it? Is it possible for me to do anything that will make you happy?”

“Yes. Stop shutting me out.” He stares at me long enough for me to realize he’s just as angry as I am, and then he walks to the door.

“I suggest you rethink that. Who shut who out first?” In a gesture that feels all too final, he slams the door when he leaves.

Everyone tries to act like nothing bizarre happened yesterday, which only makes me feel more like a freak, like I’m too fragile to bear the weight of reality. If I get one more pat on the hand or one more hug I might start

screaming. I don’t think anyone has looked me in the eye all morning. I can almost hear the eggshells crunching under their feet.

It’s a relief when the guys and Kristen stumble out to the patio. At least they’re acting normal, sleeping until noon and then fully waking themselves by jumping into the pool.

Ten minutes later, the men exit the house and seat themselves at one of the tables, so I know the food is on the way. “Lunch,” I call out to the swimmers.

Kristen surfaces at the edge of the pool, close to me. “Got your demons back on the leash today?”

A collective gasp is followed only by the sound of water dripping off the guys standing at the edge of the pool. I smile and give her a big mental hug. “Thank you for asking. And yes, they’re secured.”

So there you go. I hope something caught your interest. I altered some of the text and removed character names, hoping to keep you in suspense—though I expect some of you are too clever for that.

27 thoughts on “Would you like a peek at my next novel?”