It seems that every time I look up, another month has passed. We’re closing in on mid-August now and I’m trying to ignore that my goal was to have the first draft of my next novel finished by mid-July. But since I added 30,000 words in the last month, I don’t feel too bad. The poor thing’s still nameless, though. 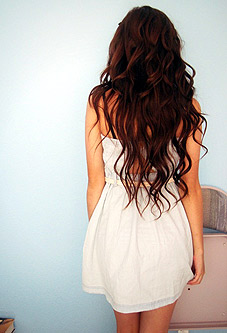 I shared some excerpts with you a few weeks ago, but I cheated a little. I revised to remove any character names because I wasn’t ready to reveal exactly who they were, but I’m tired of all the intrigue. *lol* So, heads up. If you haven’t read The Brevity of Roses yet, you’ll want to do that before the end of the year because my next novel is the sequel.

This time, Renee is the main character. When I began writing Brevity, Renee did not exist. Then, the story took an unexpected turn and a spoiled, rich, young woman entered the picture. She didn’t last long because Renee showed up and told her to take a hike. I loved Meredith. I fell in love with Jalal. Renee captured my heart.

I knew the ending of Brevity long before I wrote it, but in my imagination the story continued. Even as I was writing that novel, I would daydream about what might happen after the last page. My friend Michelle Davidson Argyle said about her first novella Cinders, “Happily-ever-after isn’t as long as you thought.” I mean, really, did you think finding her prince would solve Renee’s problems overnight? I write contemporary fiction, not fantasy.

Speaking of Michelle, she tagged me for the Lucky 7 meme. Jessica Luton also tagged me for a 7-line meme a couple of weeks ago, so I’ve linked to both their posts (click to see what they’re working on). Turning to page 7 landed me right in a passage of suggestive dialogue, which I’ll share, but since I was tagged twice I’ll share a second passage of narrative from another page.

“We can do something about that.” He cups my breast, brushing his thumb against my nipple, and I respond, low and deep.

“I feel good. It feels right. It is just a house, not a monument.” He nuzzles my hair further aside and kisses the back of my neck. “What I said tonight was not spontaneous. I have thought about moving for a while.” Kiss. “You strengthen me, sweet love. You make me whole.”

“Why, Mrs. Vaziri, you have a dirty mind. I said whole, not hard.” He rolls to his back, pulling me on top of him. “But now that you mention it …”

Jalal drops to his knees, lifts Adam’s shirt, and gently brushes his chin across his son’s belly. This tickle, a secret message of love between father and son, began when an accidental brush of Jalal’s beard rewarded him with Adam’s first real laugh. Too sleepy to laugh now, Adam only smiles and closes his eyes again. Jalal tucks a blanket around him and rises, towering over his son and standing a foot taller than me.

I study him while he studies his son. Jalal was clean-shaven when we met, had always been, as far as I know, but he started growing a beard and mustache on the day Adam was born. He keeps both fashionably shaped and closely trimmed, a fine black etching. A symbol. I’m a father now, it says, a real man.

Now, of course, I’m supposed to pass this meme to seven other writers, but I know some of you have done these memes numerous times this year. So, how about I make this very easy for you to accept again? If your name is on my list, you have the option of writing a post about the Lucky 7 meme OR you can share your seven sentences right here in a comment.

The rules say to go to page 7 of your WIP (or not yet published work), count down 7 lines and then select the next 7 lines. Use your discretion. I’m tagging:

Yes, that’s nineteen, but I was tagged twice, plus I added a few more just because. AND if I didn’t tag you, but you’d also like to share your seven in the comments—go for it!

35 thoughts on “Something old, something new, and a meme that’s blue!”