October’s a spooky month for some, a time of frights and fears. On a clear, chilly night, when the full moon shines through bare, skeletal branches it’s easy to see shadows creep. And if a cat screeches or a squirrel skitters through dry leaves, who could blame you for jumping? Being an imaginative sort, I scare myself quite often. To my mind, those bumps in the night are never something benign. 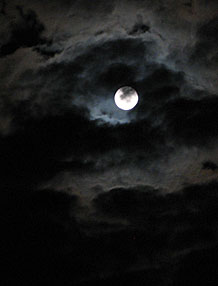 When three of my grandchildren were young, they liked playing scary games. One game they called the monster in the dark room. We played it once. I stood moaning in the dark behind the bathroom door, while they took turns knocking, and then I’d whip open the door and try to grab them before they ran. The problem was the longer I stayed alone in the dark the more I felt sure there was something standing behind me. And that was the end of that game.

So, that’s one kind of fear my imagination produces. Another kind concerns my writing. I fear I won’t be able to write another book Or what if I do, but no one likes it? Even worse, what if no one even cares enough to read it to find out if they like it?

Yes, I know, we’re supposed to write what we love. But loving what you’ve written doesn’t mean it’s good enough for publishing. It’s hard to be objective about your own work. Especially if you’ve spent a year or more of your life working on it.

Yet I write. It’s a challenge to myself. My current work-in-progress is proving quite a challenge indeed. What if I can’t finish it? Or what if I do, but no one likes it? Even worse, what if no one even cares enough to read it to find out if they like it?

Help! There’s something lurking in the dark behind me. I feel it.