Because I was severely anemic, I had to have a blood transfusion before my recent surgery. My doctor said I needed five pints, but the most they could give me was three. He said I’d feel a lot better afterwards. Well, I can’t say I got to enjoy the energy boost right away because the next morning I went to surgery, but after I came home from the hospital, my brain started buzzing. 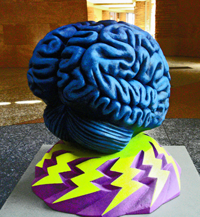 Like many things that change slowly, I knew I’d been struggling with brain fog, but I didn’t realize how bad it had become until it lifted. I hadn’t written much of anything for two months before my diagnosis, and certainly couldn’t concentrate to write after. But as I recovered from the surgery, ideas started popping.

In the last two weeks, I’ve written one new short story, finished two, and edited and revised nine other stories and a couple of poems! Alas, my doctor’s warning that I would lose that energy boost all at once has proven true. I’ve slowed down again, but hopefully my body will make up the deficit soon.

In any case, I now have an anthology in the works. And I hope to finish a final polish of my supernatural thriller and submit it to the Kindle Scout program. The publication of my romantic comedy, High Tea & Flip-Flops, has been successful, so I want to try again—especially since this is a totally different genre than I’ve published before.

But it’s not darker than I’ve written before. Many of my short stories deal with death, fears, and broken relationships. But I’ll balance my anthology with a few happier stories.

So that’s my writing plans for the near future. If I can just keep the brain fog at bay, that is.

I hope your brain is buzzing merrily.