Yesterday, in a Tweet to Kayla Olson, I described the state of my chapter-in-revision as spaghetti gone wild. Switching the order of the scenes had seemed a simple task. I had four scenes to deal with: one moves down, two move up, one stays in last place. No big deal. Next step: write/revise the narrative to link these scenes. 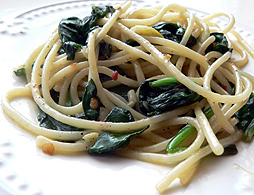 That’s when the mess began. I wrote words. I deleted them. I wrote different words. I deleted those too. Nothing felt right. Desperate, I thought maybe the fault lay within the scenes. Even though I’d loved them when I wrote them, I began to edit. I highlighted words, phrases, whole sentences I could improve, but I knew there was no sense working on those until I was sure they wouldn’t be cut. But then, the more I read the more I became dissatisfied. (If you’re a LOST fan, this is when I nicked the dural sac. :-))

Suddenly, none of it made sense to me. Everything was wrong. The writing was mediocre, the story silly, and I questioned why I wrote the chapter in the first place. When I realized I would rather play games than even open the file again, I knew I was in trouble. I now hated the chapter I once loved. Where had I gone wrong?

Without a clue, I gave up and played TextTwist, and as I did, I was reminded of way back when I first wrote about Jalal. I would write until I was out of words, and then I played Bejeweled. I don’t know why, but the background music brought Jalal’s voice to me, and I would play until I knew what to write next.

So, yesterday, as I sat there playing TextTwist, the fog lifted. This chapter was about Jalal, from his point of view, but I had ripped the heart out of it by trying to revise without him. I barged right in and started hacking away and shoving in more, without “getting into character” first. That’s how I totally screwed it up.

I must now step away (Or count to five? :-)) and listen until I hear Jalal’s voice. Then I’ll get this mess untangled.

Now, your turn: Please tell me I’m not the only one who’s done this.

Today’s post is a soup, a stew, a mélange, because I’m thinking in bits and pieces. I love soups and stews, by the way, with a good, crusty loaf of bread. Unless it’s my curried lentil stew or my lemon chicken orzo, which I serve with pita. Does anyone have a recipe for Jamaican pumpkin soup? Ah now, I’ve made myself hungry.

A new high score: If you’re a Bejeweled fan (2 or Blitz) you’ll have heard a monotone, semi-robotic voice narrate that. 😀  Yesterday, I wrote 2,251 words in one day, which is my new high score! And those are edited words, so most of them are solid.

Dreams: I had an unusually active night of dreaming. Characters from my novel showed up, along with Goren and Eames from Law & Order: SVU, and literary agent Coleen Lindsay. Unfortunately, I retained only flashes of these dreams, so there’s not much fiction fodder there.

Molting season: Every year about this time my hair sheds … everywhere. I can run my fingers through and come away with several strands any time of day. I always panic, fearing this time it will all fall out, but of course, it never does. Or hasn’t. Oh, my.

The pantry: Why does it seem that no matter how full my pantry cupboards are, I’m always missing one ingredient for any meal I try to make? Could it be that I’m too impatient to make a proper meal plan and grocery list? Hmmm.

Well, now we’ve come back around to food, so I guess it’s time to wrap this up. Feel free to add your thoughts to my stew. What’s on your mind today?

Early last summer, I had a dream with a situation that gave me the idea for my current work. I had my characters, but I didn’t enough about them to start writing. At that same time, I was addicted to playing Bejeweled 2. It was during these sessions I first heard my character Jalal speak to me. I don’t understand the connection, though I do know there is one particular sequence in the background music that evokes him instantly.

In any case, the story started to come together, and when I needed more dialogue, I just played the game and it started flowing. So, I had this lovely little happy-ending story, and then I rediscovered Joan Osborne’s Relish and her song “Crazy Baby” became my theme song for Jalal because, suddenly, I knew at some point he would be in the depths of depression.

There’s something about running water that inspires me so often, I’ve thought about figuring out some waterproof writing device for the shower. (I wrote in another post about using an eyeliner pencil on the mirror.) And someday I’ll remember how to use the memo function on my cell phone so I can record the thoughts that come to me when driving … like when Meredith informed me I had misunderstood her reason for withdrawing from life!

I’ll take inspiration any way I can get it. Anyone care to share, other than reading great writing, what inspires you?