Warning: Don’t jump to conclusions about my next novel from the book pictured. When I can’t find a book I know I own, that makes me grumpy. I can think of two right now that are “missing”. They’re not likely books I loaned out, gave away, or sold. That I can’t find them bugs me. Every once in awhile, I renew a search.

This morning I thought about the closed shelves at the bottom of the bookcase in my short hallway. I knew the shelves were there, of course, but in my memory the only books on them were metaphysical—astrology, the supernatural, etc. But today I actually opened the doors.

The books I expected to see where there, but also reference books on writing romance. I bought those books nearly twelve years ago when I thought I might become a paranormal romance author.  I tried. You know the advice to write what you read? Well, I was not a romance reader. I found out I’d only written a paranormal.

Judging from the title of the book pictured, apparently, I intended to write erotica at some point. Or else really spice up my paranormal romances. I don’t remember either intention. Erotica was not on my reading list either. I wasted well over $100 on these books. Wish I had it back.

This post is not a condemnation of Kelly’s book. It may well be an excellent reference for erotica writers. In my case, the only thing I might consult is the author’s appendix of “sensual” words in the back of the book. They’re not all words you might expect—unbelievable is “one of the sexiest words in the English language”? Then again, I guess it depends on the context. 😉

Your turn—once or twice! Have you ever tried to write in a genre that just wasn’t you? Do you ever look at your bookshelves and wish you could get back wasted money?

I’m used to dealing with my inner editor and critic’s voices, but now that I’m pressed to get busy writing my next book, I’ve discovered a new voice—the marketer’s . It told me to consider my publishing “brand.” What sort of book would readers expect from me? That new voice wrapped up my muse like a mummy.

I second-guessed everything I’d already written. I’ve struggled to write another word since. For a minute—just one—I regretted making the decision to publish. In the privacy of my mind, I’m free to write whatever I want. If some sentimental little story begs life, I write it. If a dark tale of revenge takes my fancy, I write it. If a quiet little tale of self-discovery pops into my brain, I write it.

Ah-ha, a common denominator—I am the writer.

Some fiction authors are branded as writers of mystery, thriller, fantasy, sci-fi, romance, or they write only for teens or children. They have restrictions I don’t have. I write general fiction. I have the freedom to explore, to take many paths.

So, shut-up, new voice! All I want my readers to expect is a well-crafted story, as good as or better than the last one. That’s my obligation to them. That’s my brand. I can write the story that comes to me. The question should be, how best can I tell the story, not do I have permission to write the story?

What do you hear from those “helpful” voices in your head?

In previous posts, I’ve told you about the beta-readers who praised my work, but now I’m going to come clean. One writer, though complimentary on my writing skills, did not think my story was successful. I respected his opinion, and certainly appreciated the time he spent reading my manuscript and writing his critique, but I was honestly perplexed how he failed to “get” so many elements of my story. 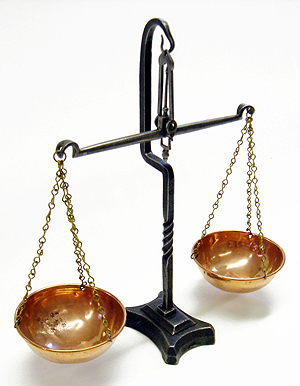 I was disappointed, to be sure, but I didn’t panic because I had solid responses to his objections. I didn’t start tearing my book apart because I knew every element he questioned was integral to the story. Did my book need work? Obviously, so—I subsequently revised the version he read, adding 16,000 words, though only a small part of those words addressed his issues. Yet his critique nagged me.

Recently, I listened to him discuss the next issue he would address in his own work—a supernatural tale. His story was finished, fully fleshed out, and now, he said, he would go back and add more characterization. I sat there thinking how wrong that sounded. Finally, the reason why thunked me on the head. His method sounded wrong to me because it’s the opposite of mine.

I start with just a story premise—a situation, really—and then I explore the characters in that situation: who they are, what they want, why they don’t have it. I want to see where they live, what they do for work and pleasure, who populates their lives. I have to know them inside and out. Only then can I write their story.

Tell me, what kind of fiction do you write, and which takes precedence, story or character?

This post is a follow-up to my last post because that one was published unfinished. I’m laying the blame on SUE for that mistake (and before you smack me for not taking personal responsibility—SUE stands for stupid user error.)

I had already published a post 12 hours earlier and had intended to post my rant today, Monday. I wasn’t even aware I had prematurely published that rant until I received notice that someone had commented on it. And that reader (I thought) had misunderstood my intent, so I quickly unapproved her comment and sent her an email explaining the problem. Then I re-read and made a couple edits to the original post before too many people read it … of course, those of you who subscribe by reader or email saw the unedited original. (I later added the disclaimer at the top of it.)

Another mistake I’ve made is in reading too many agent blogs and how-to manuals directed at other genres. Very confusing!

The intent of my post was a slap to my own face for mistakenly trying to apply rules for those other genres to my writing. This misunderstanding resulted in my opening undergoing several revisions, until I felt it no longer represented the tone of the novel.

Anyway, my last post was a cautionary tale: Know thy genre and be steadfast and true to it.

If you’ve written a novel, you will have to identify it’s category when you query an agent. It’s not just a novel. I touched on this subject last week, then Sharon Egan wrote a detailed post on the same topic, and now I’m revisiting it. Sharon referenced AgentQuery’s genre descriptions and I quote from them below.

Last week, I categorized my 250-opening-word contest entry as women’s fiction, but when literary agent Rachelle Gardner commented on it she said, “This seems like it’s going to be a romance and frankly I’d be disappointed, after this opening, if it weren’t. So I’m not sure about your genre of women’s fiction.”

For this very reason, I’ve struggled with revisions of the first few paragraphs of my novel. Ms. Gardner will be disappointed unless the definition of the romance genre has changed. However, according to the AgentQuery site, it hasn’t. And they say: “If you didn’t intentionally set out to write a romance novel, it’s probably not a romance.”

I did not intend to write a romance. I did intend to write about love. There’s a difference. Learning to recognize and accept love is as much a part of my book as any romance storyline. (But hey, if Ms. Gardner wants to represent me and sell it as a romance, who am I to argue?)

So what is my novel? I’ve eliminated romance, sci-fi, mystery, fantasy, horror, or any of those other commercial genres. And I don’t think it qualifies as literary. So that narrowed it down to either women’s fiction or commercial. My novel has elements of both, but here’s the thing, according to the AgentQuery definitions, women’s fiction can fall under the umbrella of commercial fiction. So my novel is commercial women’s fiction, right? Well …

So, if you need help identifying your novel’s category, click the links above to read the descriptions at Sharon’s blog and the AgentQuery site. As for me, I’m sticking with the women’s fiction category for my novel, though I may tack on commercial. Or I may not. I may lose my mind from this querying process. And then the title of my blog will no longer be literary—it will be literal. 🙂