Last Wednesday, I asked if you had given any thought to INDIE publishing. I expected I might get a few comments. What happened? Despite NaNoWriMo, despite Thanksgiving, we had the best discussion this blog has ever seen! 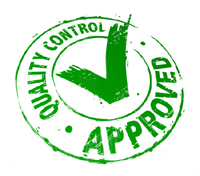 Surprisingly, there were more yeas than nays. (I don’t know how to count the many who read the post, but remained silent.) And several comments, on this blog and in private, revealed that I’m not the only one who has considered that option. At least one person definitely changed sides. The number of responses amazed me. And I loved that!

I also dreamed about it. Not the post, or the comments, but the two choices. Whether ‘tis nobler to publish traditionally or go Indie. I can’t quit thinking about it, weighing the options. Since this is my blog, I’m going to let you in on some of my thoughts, pro and con. This is a pro Indie day.

Going Indie assures publication. I could seek trad-pub for years—and years—without success. Then again, I could write the perfect query letter, send it to the perfect agent, who sends it to the perfect publisher, who will say, “Yes! We want it because this is a book that will SELL.” Because, of course, only the big name publishers know what readers want.

If the major NY houses truly know what sells, how could any book they publish ever fail to earn out? Surely they’ve never paid a ginormous advance to a celebrity and then seen the sales of that book fall embarrassingly short of expectations. Surely it’s just a myth that twelve publishers rejected the first Harry Potter book.

And they know good writing when they see it, right? You’d never read the latest, hottest, bestest seller and think, Really?! You’d never be disappointed by a boring plot, or bland characters, and definitely not by poorly crafted sentences because these books have been vetted by those powers that be.

Traditional publishers are the standard bearers, the gatekeepers of literary quality. They have declared it so. And that makes it true.

Last week, I submitted a logline for critique by strangers. First off, the stranger part is always scary to me, but I relaxed when I saw no one trashed it. The consensus was “not enough detail.” Oddly, I had the opposite problem drafting a query letter. 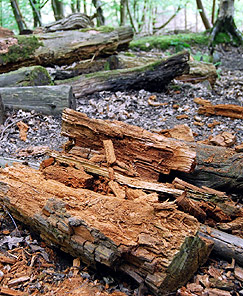 I realized when you are too familiar with a book, it’s easy to think you’re telling more in a one-line synopsis than you are. It’s similar to the way you fill-in missing information when seeing a movie adaptation after you’ve read the book. So, I agree. It needs more detail.

That brings up the question of logline length. It’s usually described as a one-sentence pitch, but very few of those submitted in these rounds have been one-liners. Some suggest no more than 25 words total, but the contest I hope to enter allows up to 100 words. Confusing.

At least three of those who critiqued my entry questioned why I describe my novel as Women’s Fiction since it’s obvious the main character is male. *Sigh* But an equal number complimented me on my novel’s title. *Yay*

I’m revising the logline even though the odds of getting accepted for The Baker’s Dozen Agent Auction are slim. In my division, only the first 40 entries will be considered, with only 15 of those accepted for the auction. If I don’t make it, at least I’ll have an elevator pitch ready. Though the last time I rode in an elevator was three months ago, and if an agent was in the vicinity s/he was invisible.

Hmmm, maybe I’ll just get in the habit of spouting my logline whenever I step into an elevator, just in case. And hey, agents have to shop, so maybe when I’m in the mall I could …

Your turn: Tell me about your logline. How long is it? Did you have any trouble writing it? Did you write it before or after you wrote your novel?

I’ve been on Twitter for seven months now, and it’s time to question its value for me. I had hoped to use it as a business tool. Yes, I know Twitter is primarily a “social” tool, but I’m not built that way. It’s not that I’m unfriendly, I’m just socially awkward. The evidence supports that.

As of today, I have 116 followers. Some of you are laughing because you had that many followers before the end of your first week on Twitter. I could have amassed more, but I block anyone who isn’t a writer (published and unpublished), agent, editor, publisher, or associated somehow with the writing business—especially if their icon is a scantily-clad woman or I see the words internet marketing in their “bio.” And, of course, I could have a bigger following if I were famous, witty, or fascinating, but I’m none of those. Unfortunately, it seems a good percentage of my 116 tweeple appear to be mimes. Or should that be twimes?

After I post a new blog post, I tweet a link to it. But I also re-tweet links posted by others. I always respond to direct messages, and I remember to thank someone if they retweet mine or include me in a #FollowFriday post. Almost always, I follow back those that follow me. So, I think my Twitter etiquette is good.

What I’m not good at is small talk, though I’ve tried. I even dared to join the crowd and tweet my breakfast choice once. If there’s such a thing as whispering on Twitter—I do that. I simply lack the self-confidence (or wit) to speak loudly in the Twitter feed. Though I frequently respond to tweets that interest or amuse me, most times, I just observe the party … and partying is where Twitter excels.

But the business thing? Well, yes, I see links to many great writing blog posts, but I’m subscribed to most of those blogs, so the posts are in my reader anyway. And to be honest, reading all these “personal” tweets from agents and editors has begun to make me feel like a stalker. At first, being on Twitter seemed to increase my blog hits, but in the last couple months, few of my visitors have come via Twitter. (WordPress stats show Twitter as the referrer when someone clicks through.) Maybe that’s because of the holidays—though proportionately my other top referrers held their own. I even experimented a few times by not tweeting a link to my new post and still got my usual number of visitors.

In the future, after I’m published, I think Twitter may be a more valuable tool. I’m not pulling the plug on it yet, but I’m weighing the cost of time spent on it against the benefits received. So, if Twitter works for you as a writer, please tell me how.