If you have a WordPress blog, you’re probably aware that they choose several blog posts a day to appear on the WordPress front page as Freshly Pressed. Months ago, I lamented that I had given up hope  my blog would ever be so honored. Then Wednesday morning arrived.

But when I pulled up my blog, I was puzzled because there were only three comments on my new post. I rechecked my inbox and saw those other comments were on a post I’d published over a week earlier. That’s when it hit me. I flew to the WordPress front page and there it was—my post, Freshly Pressed. Oh, the excitement!

For thirty-six hours, I was almost famous. My blog received 8,929 hits! Over 200 new comments were posted—and, because it’s what I do, I replied to every one of them. I also gained 143 new blog subscribers and some new Twitter and Facebook Page followers. I was agog—AGOG, I tell ya.

So, thank you WordPress. And welcome new friends. You’re just in time for the announcement that my novel The Brevity of Roses is available now on Amazon (also on Amazon UK.) This is the Kindle version. The Nook version could be up on Barnes & Noble by the end of the day. Smashwords will have other versions in a day or two. And the beautiful print version will be available, I hope, within a week at Amazon and B&N.

My goodness! What a week this turned out to be. I’m a little bit happy.

First, thank you for voicing your opinions by votes and comments.  But, once again, I failed to word my poll questions the best I could, so the voting results answer two questions and pose a couple of others.  Several of you said the price you’d pay for the debut novel depended on what you already knew about the book or the author. Fair enough. 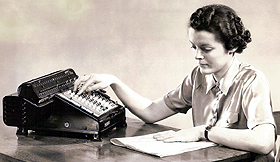 The votes for the ebook version were more scattered. In fact, they topped out at a three-way tie. With seven votes each, you said the most you would pay is $2.99, $4.99, or  $5.99. The next highest vote was four for $3.99. And yes, one person only voted for the ebook version, which, I presume, was their way of saying they wouldn’t buy the print at any price.

I suppose a good idea would have been to have a separate poll with the question:  Are you a writer? As a reader, I tend to look for a bargain. As a writer, I’m more sensitive to what I’m actually paying for—someone’s craft, someone’s hard work. Of course, the quality of the end product varies depending on the skill and effort put into it.  But do the prices set by indie authors reflect that? Probably not. Some authors with excellent work will undervalue it. Some with subpar work will overvalue it. I’m looking for my sweet spot.

Lately, I’ve been thinking a lot about book pricing. As an Indie Author, I will set my own prices for ebook and print. Price is an oft debated topic at Indie Publishing blogs. Some authors swear their books sell best when they raise their prices, others say their sales skyrocketed when they lowered the price.

The ability to offer a free sample, usually the first chapter or two, of your ebook is one of the advantages to selling your book in an online store like Amazon. By reading the sample, you can decide, before you buy, whether the book is something you’ll enjoy reading.

Most Indie Authors price their ebooks at $2.99-$4.99. How many of you regularly plop down that much for a venti at Starbucks? Isn’t a book worth at least that much to you?

Some authors price as low as $.99 for a limited time. A few regularly price their books that low.  I’m not sure I understand that. How much, fellow authors, do you value your work?

I will also offer my books for sale in trade paperback (soft cover) print format. Prices vary on those too. Usually, they run from $6.99-$14.99. Where’s the sweet spot?

I need your honest opinion, so today I offer you two polls. If you’re reading this in a reader, please take a minute to come here today and vote. And I’ll be extra thankful, if you Retweet this post or share it on Facebook.

Thank you all for wishing me well on my indie-publishing venture. This being my blog, you’ll be subject to reading about my failures and successes as I learn how to turn a manuscript into a real, honest to goodness book. I’ll try not to bore you with too many details, and I’ll ramble about other things too, of course.

My first step toward publishing my novel is to read and edit—again.  Again.  I confess I expected to have an agent’s input before this book went to an editor. Now, it will be just me. One more time through, and then I’ll pass it to my editor. After I make the changes she suggests, I’ll learn how to format the manuscript for the print and various e-reader versions. (Easy to say; harder to do.)

I think—but you never know—my closest focus on this edit round will be my first chapter. You may remember that after I wrote, edited, revised, pampered, primped, and polished my manuscript, I demoted the original first chapter, and wrote a new opening. The new Chapter One is good, but I’m concerned I left it in foster child status.

In the two and a half years I’ve worked on this book, I’ve had much good advice on what to cut, add, and revise from my critique partners. Now, I will be taking full responsibility. The power is exhilarating, but sobering. I can’t blame anyone else if the type, or layout, or book cover is a failure. Those are minor worries though.

The big worry is that I’m responsible for the story. It’s a story I love. I’ve told it as well as I could. While it’s still in my possession, I can dream about how many others will love it. Once I publish …

From some of my recent posts, you may have gotten the idea I’d already made the decision to end my quest for traditional publication. Decision making is always a long, complicated process for me. I think I have a few extra convolutions in my brain. Or something.

I read pros and cons. I listen to the experienced. I think and think and think and find myself not much closer to taking a stand than I was at the beginning. I hesitate in a thousand ways. I like to think of this as thorough research. More likely it’s just fear of the unknown.

In my last indie vs. traditional post, I concluded that a book published by one of the big NY publishers carries no guarantee it’s a better book, in any sense, than an indie-pubbed book. Yet the stigma of “lesser quality” still attaches itself to the idea of self-publishing. I confess, I’ve been guilty of that prejudice.

I have another book prejudice. I love hardcovers. If cost were never a factor, they would always be my first choice. Alas. Because I’m on a budget, I’m okay with trade paperbacks (soft-cover.) But I loathe mass-market paperbacks. If I indie-pub, my book won’t be in hardcover. End of dream.

So, let me consider other advantages to having my book traditionally published.

More publicity: Or not. Nowadays no matter how a book is published, for the majority of debut authors most of the task of publicizing it will fall on their shoulders. Still, that Big Publisher’s name does carry some weight. This is almost a draw.

Wider distribution: Yes, for a while. According to the latest I heard, the typical debut author will have a book on the shelves of brick and mortar bookstores for about 2-4 months. After that, it’s reduced to special order status. As an Indie author, I would not get the thrill of walking in B&N and seeing my book on the shelf, though if I choose the right options and self-pub as POD, my book could also be a special order by those stores. Safer to assume it would sell only online. I’d say the scale tips toward traditional—except I wonder, where do YOU buy most of your books?

More profit: True—if I received a $5,000 advance. Is that likely? I don’t know. I know there are Indie authors who make buckets of money every month, but they are not debut authors, and most of them are non-fiction authors. However, my self-pubbed novel might sell quite well. Or not.  Even if I received only a $2,000 advance from a traditional publisher, I might come out ahead profit wise. Toss up.

Those are all logical considerations. However, as a writer—as a person—I’m not always logical. To be honest, “always” is probably stretching it. I feel more than I think. So, what are my feelings? *sigh* I’m still working on that.

Your turn: I know some of you have already made the decision to become Indie authors. What was your deciding factor?