My husband has dubbed me a chief procrastinator. What he doesn’t know is that sometimes I only seem to be putting off something. Sometimes I’m working out some aspect of the job before I start it. Sometimes I dread it so much, I need to sidle into it so I’ve begun before I realize I’m doing it. 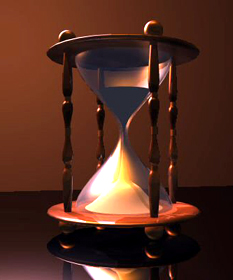 And yes, sometimes, I’m just putting it off. For weeks, I’ve been saying I need to get down to serious work on my next novel, and yet here I am saying it again. I do have legitimate Real Life distractions. And I’m still working out some plot points in the back of my mind, so maybe not all is lost. Still, in part, I’m just wasting time. I find myself making lists. Most of these are to-do lists, which I know, even as I make some of them, I may never look at again.

But I’m capable of making even more useless lists. Consider the following one. I use a stats program that records the location of visitors to this blog. A ridiculous number of countries worldwide have shown up there. Closer to home, I’ve had visitors from every one of The United States of America. By cross-matching by time, I can track where those who leave comments live. Naturally, the info led to a list showing which state has interacted most with me.

Other “research” shows I’ve had visitors from the following states, but none of them left a comment: Alabama, District of Columbia, Iowa, Mississippi, Montana, Nebraska, Nevada, New Hampshire, New Mexico, and Vermont. Are readers from those states just less chatty?

“What about other English speaking countries?” I ask myself. Turns out, visitors from all over Canada have left comments—except those who came from Newfoundland and Saskatchewan. From the UK, I’ve exchanged comments with visitors from numerous cities in England, a couple in Wales, but not a one in Ireland or Scotland.

Does any of this knowledge matter a whit? Of course, not! Will I tailor my posts to appeal more to those in Montana, Iowa, Newfoundland, or Saskatchewan? Nope. I’m just wasting time.

Your turn: Do you ever waste writing time? If so, how?

I confess; I’m a procrastinator. Last night I checked to see what I had ready for the blog today and realized I’d used up all my stockpiled posts. Then, this morning, I had almost finished writing today’s blog post when I decided it wasn’t time for that one yet.  So instead, today you get fluff. 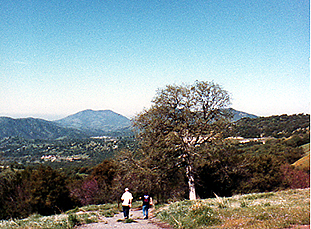 I live in the central San Joaquin Valley where yesterday’s high temp was 90° F and today’s will be 66° … ahhh variety. It’s also raining today, which is actually a little late in the season for us. I believe I’ll enjoy the atmosphere and maybe even write something deep today. Does weather affect your writing? That’s something I’m considering as I sit here. I don’t normally think of myself as a gloom-inspired person—I just want to curl up with a book and a cup of tea—but, thinking back, I believe the bulk of the dark scenes in my novel Brevity were written during gloomy weather. Hmmm … 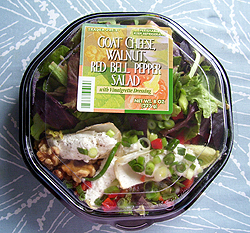 Unfortunately, cool, gloomy weather also makes me hungry for stick-to-your-ribs food (though it sticks more to my belly) but I have a refrigerator full of Trader Joe’s salads! I love Trader Joe’s, I went there yesterday for sparkling water and Tejava tea and spent $90, not just on those two items, but the thirty other items I couldn’t resist. I did bypass the wine display though … only because my wine rack is full. 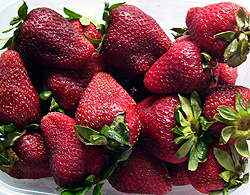 One of my sons brought me strawberries still warm from the field on Saturday, so I do have those to look forward to eating today … gloom or no. The strawberries grown here are the best, and most are huge. I wanted to buy raspberries yesterday at TJ’s but felt like I’d be cheating on the strawberries waiting at home. I’ve realized I’m a serious berry kind of woman, which makes me blush, since I consider berries the most sensual of fruits.

Ahhh, yes, I must apologize for this post about nothing. I’ll do better next time. Maybe. Please, tell me how much more exciting your day is, was, or will be.