It appears our rainy season has begun here in the central valley of California, but we’re still in the midst of a severe drought, so we’re always hoping for more rain. Time to buy more sweet ground chocolate and another bottle of cream whiskey for Irish hot chocolate. Or maybe I’ll try making my own cream liqueur … and I might try some in homemade chai latte. I do love tasty ways to warm up cold, rainy days, don’t you?

As you know I’ve been writing the sequel to High Tea & Flip-Flops. This one didn’t come easy. There was more than one time I was tempted to set it aside and work on another book. But I’m happy that I persevered because I’m excited about it now. A fellow author sent me her feedback on the first draft, and I finished that round of edits. Now the manuscript is in the hands of another trusted author friend. When the manuscript is totally polished, I’ll probably enter it for a Kindle Scout campaign.

I can’t tell you the title of the sequel yet because I don’t have one … at least I don’t think I do. Usually, a title comes to me before I finish the first draft, but that didn’t happen this time. One came to me in the middle of the night, but as you probably know, what seems brilliant when you’re half asleep often loses some of its luster in the daylight. All I know is that the title will contain an ampersand–Something & Something.

My romantic comedy High Tea & Flip-Flops will be getting a new look. I wanted the covers of HT&FF and its sequel to be similar, and I’m sick of the black silhouette cover, so now I’ll have two shiny new covers. Here’s that cover, but I can’t reveal the cover for the sequel until it’s titled.

In October, as a side project, I wrote a short story to be included in an anthology titled Winter Solstice. This is a collection of stories written by Kindle Press authors from the worlds of their KP novels, and to introduce you to our writing, we’ve made the digital version of this book absolutely FREE!!

In my story, Chelsea Does Christmas, Chelsea attempts to make Jeremy feel at home on their first big holiday together. There are some humorous hiccups in her plan, of course. Please get your copy today and, as always, a review on Amazon would be greatly appreciated by us authors.

May your day be filled with a joy for life!

My plan is to finish writing my next novel in six more weeks. I stumbled a bit this past week because it’s nearly half done and already I see many parts that need fleshing out and I have several margin comments saying, in essence, “add a scene here with so and so where such and such happens” and the opening scene is weak and I don’t even have a title. In short, I started wondering if I could fix this. 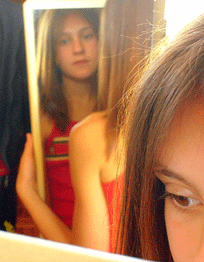 The Brevity of Roses couldn’t possibly have been such a mess, I thought. Then I looked back at old email and Word files. Tomorrow will be the fourth anniversary of the night I had a dream that sparked the idea for Brevity. I discussed the dream with a friend, and then on 9 June 2008, I sent an email to her with an attached file. The dream had evolved into a short story titled To Be Missed.

My friend urged me to turn the story into a novel. Since I knew from experience how much time that would take, I decided writing a novel was not on my schedule. But I kept thinking about Jalal, so I wrote another story. When I sent that to my friend, it had the title Third Sound and Jalal’s younger love interest was a spoiled, rich girl named Kristen.

Then this emotionally damaged “tough” girl named Renee popped up in my imagination and kicked Kristen to the curb. I completely revised and expanded Jalal’s story. By the end of July, I’d re-titled it “The Brevity of Roses”.

By August, I knew Renee could carry her own point-of-view, so I toyed with the idea of a third story, but then decided she would just continue Jalal’s story. At that point, I saw no reason to keep Meredith’s story separate from Jalal’s. The Brevity of Roses would be a novel after all. Exactly one year later, I announced the writing finished. Then, of course, the long editing process began—including the addition of 30,000 words!

So today I am reassured. Looking back at Brevity’s progress has helped me see that my WIP is still on track. It only seems a mess. I’ll sort it out. And at some point in the future, I’ll be writing my next novel and panic, but then I’ll look back to now, take a deep breath, and write on.

I don’t know everything, and sometimes, I realize I don’t really know what I thought I knew. So if I want to write believable fiction, I have to research. A recent blog post by Christi Craig started me thinking about what I’ve researched lately.

Those topics were research for three different projects, but now I’m looking at them and see that I could fit them all in one work. But no. I do not need the distraction of another story idea.

I’ve finally wrangled a few people into giving me feedback on some short stories I want to include in a collection. Then I’ll have to revise/edit them. Sometimes that’s easy, but other times my brain refuses to deal with it and I have to back away for a while. I know I could ruin the story if I force it, so I’ll trust my Muse to sort it out and get back to me.

A non-writing note. I don’t know how you other WordPress bloggers respond to your comments, but I use my Dashboard exclusively. I try to avoid looking at my blog too much because when I do, I want to fiddle with it. In the early days of this blog, I changed themes every couple of weeks, which I’m sure was a bit disconcerting to my new followers. Then I realized that if I didn’t actually see my blog’s “face”, I left it alone. Recently, when I uploaded my new book cover and saw it on my blog, I got that old urge to give it a whole new look.

The problem is, even with dozens of theme choices, none of them is quite what I want. So I’m using one of my private unused blogs to audition each possible choice to see what comes closest. Anyway, don’t be surprised if you come here and fail to recognize the place one day soon.

Hmmm, I guess that’s a kind of research too. What about you? Have you researched anything lately?

If I’ve learned one thing about myself as a writer, it’s that I’m impatient. I want to write faster, I want to edit faster, I want to get feedback faster, I want … well, you get the idea. So I get impatient with my Muse when she doesn’t seem to be cooperating with my “I want” schedule. I tend to forget she could be working behind the scenes.

Frequently, usually when I’m driving or in the shower, a single line or a great story title comes to me. When I’m lucky enough to get those written down before I forget, I file them in my Opening lines and Titles folder. Sometimes, when I need a jumpstart for a story, I browse through that file to see if something jumps out at me. It’s nifty when I realize an opening and a story title fit together.

Such was the case for the short story I finished a couple of days ago. I had matched the two many months ago, and even made a couple notes, but never actually started the story. I thought about it once or twice through the months, and then forgot it again. But it came to mind when I wanted to write another story last month.

As is my habit, I opened the file, read the first sentence, then closed my eyes and waited for the scene to play out. Before long, I’d typed the first three paragraphs, but nothing more came, so I closed the file, expecting to get back to it later that day. Then I got distracted with the process of the new cover design for Brevity, and didn’t return to the story for three weeks.

A mental flash of the main character in the story is what reminded me to get back to work on it. I saw an angry woman, an indignant woman—a woman scorned. I sat down at the keyboard and she took over. Within a few hours, I’d written the draft and did a first edit. Fun stuff. I mean, this rejected woman cleverly redeems her self-respect—what’s not to love about that?

The ease with which the words flowed, once again, demonstrated that my industrious Muse had worked on the story while I was off doing who knows what. My advice? When your Muse tosses you a line or title, pay attention. Something’s probably in the works.

So, yeah. I’ve been writing. As soon as I finished the first draft of one story, I started another. Now, scenes from my next novel are playing in my head. It’s a bit distracting, but I’m not going to drop everything and open that novel file yet. These little previews are just the Muse letting me know she’s working on it. 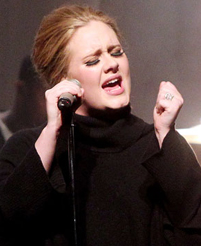 Still, it’s hard to be patient with the story collection project, when I have a novel waiting. I have a couple more stories to write, and then, as I get feedback on the lot, it will be editing time. Recently, I received valuable feedback from someone I’ve never worked with before. She wrote seventeen comments on a story of less than seven hundred words! I had to laugh because that’s the way I critique. I think we might work well together. 😉

In other news: Has the weather this season been unusual where you live? We’ve been dry most of our rainy season, but finally got a good drench a couple of nights ago and then again last night. It’s been so warm and sunny, my peach and nectarine trees were set to bloom, and now the rain has brought a chill back to the air. Has anyone checked the earth’s tilt lately? I know my equilibrium’s off.

You all probably know that Adele won six Grammies Sunday night. Well deserved, in my opinion. I saw a link to an analysis of why her song “Someone Like You” is such a tearjerker. Though the song doesn’t quite make me cry, I do get chills at moments when I listen to it, so this analysis sounded reasonable to me. Now, if only I can figure out how to apply that “appoggiaturaa” thing to writing highly emotional scenes.

And there you go, I’ve brought the subject back around to writing again, so I think I’ll go do that. You go do something you love to do too.